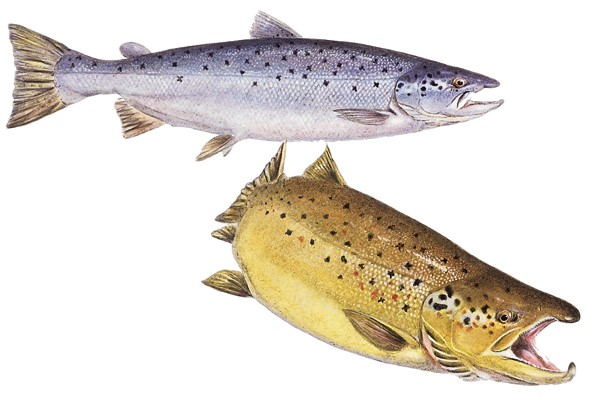 Most of its life is spent in deeper open water in the Great Lakes, only returning to freshwater rivers to spawn. In river environments, they inhabit rocky runs and pools, and prefer colder temperatures.

Most fish mature between ages 3-5, typically spawn in the fall, but migrations do occur from spring to fall. Unlike many other salmon species that die shortly after spawning, Atlantic Salmon are repeat spawners and return to the lake/ocean until the next spawning season. Often spawning several years in a row before dying.

Trolling in summer months with spoons or plugs are proven techniques. Using a charter fishing guide increases your chances success. During spawning time, they concentrate around larger rivers. Float fishing is a popular method among river anglers. Use a heavy action rod with strong fishing line and large net to safely land them.